Learning how to use Windows Mobile has been a serious experience for me and many times since the journey started I considered sending the device back, going into the foetal position and returning to my Nokia with 5 menu options and big buttons – but I persevered and now, until I find another nearly-working feature, I am happy.

Basically because Smartphones are scary for end-users many UK carriers don’t support them so we are left to fend for ourselves. But there are lots of bit of software to help us along of the way and one of them I will be looking at today!

My particular device the HTC MTeor, to my dismay, has not been chosen to receive an upgrade to Windows Mobile 6, even though it is more powerful and more capable than some devices that have! At least I do get the prettier green theme and with the addition of Live Messenger for Windows Mobile 5, I am pretty close to how it should be.

Pocket Controller Pro is a great bit of software that combines 10 different tools into a single package:


Several of these tools are very cool and fun to play with and I will be going over a few of them in a little more detail. The screenshot on the right is an example of the real-time remote control using a skin of the HTC MTeor, my phone. 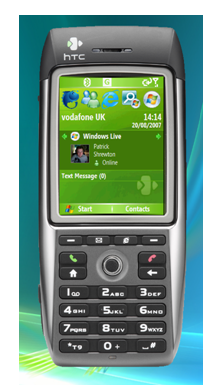 Connecting to the device was easy and if your device is already connected via Activesync or Windows Mobile Device Center then you are not going to have any problems connecting. I also think the connection animation is very cool as it looks great but is also very functional telling you exactly what it is doing in terms of connection. The installation also installs software to your mobile device. 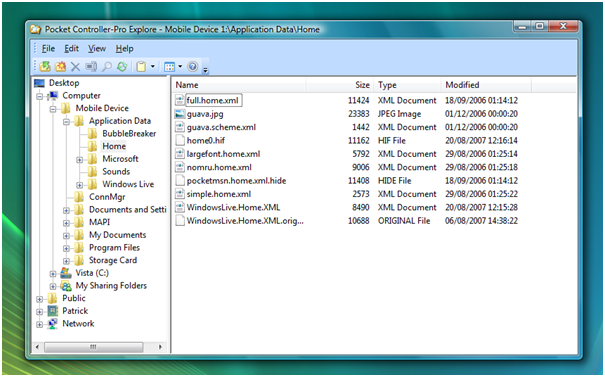 Windows Vista already has a file explorer that works with the MTeor but it is another nice application to throw in. Here we can see the folder where I have modified the Windows Live theme to remove appointments and the profile selected from the home screen and I could easily cut and paste the files to my desktop. The most recent version of the application is fully compatible with Windows Vista and even makes the most of it.

The main application interface, as well as showing the real-time remote control allows easy access to the other tools and other tabs using the ribbon interface similar to the one used in Office 2007.

The remote control is very fast as well and does not noticeably slow down the phone which can be controlled with the mouse, keyboard or using the device itself – definitely much faster for sending text messages for example! 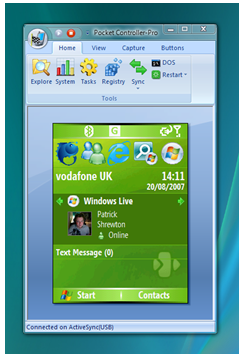 The main screen also allows you actually open up a command prompt as if it was running on your phone as well as an option to restart the device and wipe the device.

The registry editor is of course very useful, for both tweaks and of course allowing some third party applications to be run (including some Vodafone UK settings that took me such a long time to find!). Although I haven’t checked I am sure the application can be installed on a clean formatted Smartphone so I can make those required changes for others!

System information is always nice to have. I didn’t realise my phone had an Intel chipset (the device itself actually reports a Samsung 2442)– it would seem to be my first since the Pentium II back in my days when Quake 2 was struggling to refresh itself on my aging CRT monitor. Good times.

You can’t make any changes on this screen as you would expect, but there is definitely some interesting information on display. 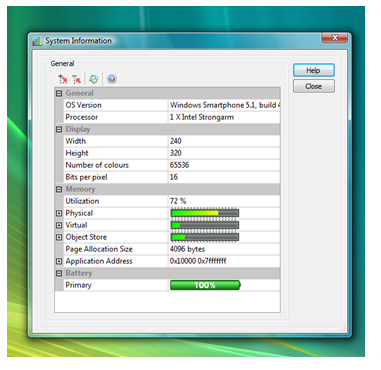 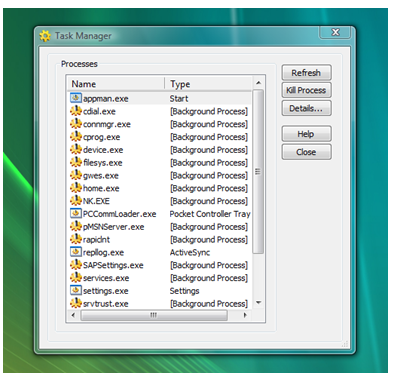 The button tab allows you to easily select buttons on the phone with minimal fuss.

The view tab is the one that allows you to play with the views and even load a skin based on a great selection of different phone models. It also allows you to create an overlay which will let you draw on the PC version of the screen – which must be great for presentations!

The capture tab is a lot more fun. Firstly you can capture the screen straight to WMV, snapshot the current view or create Macros to perform, well, anything you like. 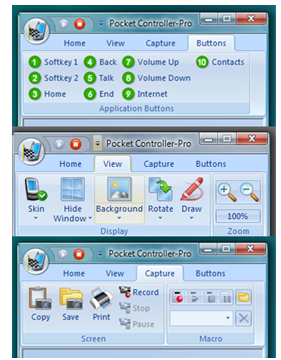 Overall, I find Pocket Controller Pro doesn’t really do anything that can’t already be done (other than the presentation and printing) but the fact is it feels as it makes everything so much easier to do. Being able to control my phone from my PC is sheer laziness but something I am really enjoying.

A demonstration version of Pocket Controller- Pro can be found here.
D

I've been using this software for many years, its the best on the market vai none.

I now develop apps using .NET, SQL CE and Access within a single user interface with the hep of some third party aps and a few DLL's from the mobile companies.

Yup, I am still using it as well - still works great with Windows Mobile 6.5

dave holbon said:
I've been using this software for many years, its the best on the market vai none.

I now develop apps using .NET, SQL CE and Access within a single user interface with the hep of some third party aps and a few DLL's from the mobile companies.

great to see you dave, been too long, hope all is well
You must log in or register to reply here.