Menu
Log in
Register
Install the app
You are using an out of date browser. It may not display this or other websites correctly.
You should upgrade or use an alternative browser.
A visual history of OSNN
Join us for a trip down memory lane...
August 2020 Desktop Screenshots
Show us what you stare at all day!

Macs DO NOT Cost IBM Less, Apple Subsidizes IBM to Use Them

This is data for PC users so not to fall for marketing memes.

Mac customers shouldn't be dissuaded from preference, users should get what they like, if you're a Mac user ignore.

"Cost saving" comes from supplements Apple gives IBM, (they do NOT offer those to you)

... Apple and IBM, the two joined with Motorola in 1991 to develop a standard for the PowerPC architecture that could go against the Microsoft-Intel Wintel alliance.
Click to expand...

To this day, both companies' team to bring MS down.

(So customers buy their over priced product )

Apple gives them so many services and lowers their price so much, it might be a loss leader investment.

(Services and lower pricing Apple does NOT give you)

Like imaging the OS specifically for IBM without IBM participation or expense;

“On the traditional PC side, [imaging involves] a lot of people, it creates complexity in the supply chain -- you have to buy the laptops, bring them somewhere and image them, then store them until somebody needs them. All of that is stuff that we don’t have to do because of the thin-imaging technology with Casper.”
Click to expand...

“Thin imaging” is code for “Apple pays to do everything we need, it's their expense not ours”

THEY DO IBM'S WORK, THEY DON’T DO YOURS

Apple then gives IBM users laptops at no upfront charge, lowering fees to insure it's not more tha a PC

This “lease" cannot be had by you.

Laptops free up front, and on demand rather than buying up front in bulk for best pricing, then The Apple leasing fees're marked so low it’s the same or lower price as PC, (not more like you pay)

When the unit's obsolete, Apple takes the antique back!

YOU CAN’T GET THAT DEAL; YOU DON’T SAVE THIS MONEY.

For Apple to give me that very same deal:

They'd include accident insurance covering without deductible stepping on, or however breaking the box as long as it's an accident

After 4 years they would take their obsolete antique back and give me the latest text again for free again!

You pay the Apple premium, IBM does not

In IBM’s environment, moving from buying a PC every four years to leasing a Mac…worked out to be cost-neutral for us
Click to expand...

Not even consider all the additional free services Apple provides:

…Workstation Asset Management Tool and a re-designed intranet, providing employees with an Apple-like, self-help experience
When employees receive their Mac they get the product in a shrink-wrapped box with a URL…
One visit to the URL and they are guided through Mac set-up. Supported by Casper Suite Self Service this is the only way IBM delivers software to the Mac. Set-up handles everything, from app installation to Wi-Fi set-up.
Click to expand...

Righty 0OH, as if they couldn’t do that with Windows, right?

(Of course they could, but then couldn’t talk trash about MS, which is the very goal between them since 1991)

Check this quote, it says it all doesn’t it, (bold is mine)

This meant that when the company began the scheme, “we hired people who loved the Mac as much as the people choosing to use them,” said Previn.
Click to expand...

BRILLIANT!!! (Let me tell YOU)

Then IBM makes the (ridiculous) claim “they cost less over time”

IBM claims they “save” a few hundred dollars after Apple gifts them what looks like at least a thousand per unit!

(YOU do the math)

Of course they cost less to you IBM; Apple pays your bills!

(Apple doesn't pay my bills, or yours if you wonder)

My GAWD the entire internet fell for this con.

You have to hand it to IBM, they took Apple for quite a ride, ya?

Users repeat the dis-information, not knowing IBM gets free stuff.

Look, this marketing con worked nicely for them, a great investment.

(Gabriel Manigault):
“The enemy of my enemy is my friend”
Click to expand...

It’s certainly a nice sentiment for users, so they justify outrageous pricing, not knowing Apple kisses IBM’s butt to justify any saving.

Apple gives IBM value; those savings do not exist for you or me.

Contrary claims, you don't recover difference on resale or trade in.

I didn’t hunt cherry picking the following used examples, these are first up in my search. (prices as of this date)

My $630 box now into its 4th year, running better than new, could sell for about $350 losing about $300, (mine would sell higher since it has more RAM), but we’ll use this price just to be fare to Apple.

Here’s the order from my email in case you're wondering;

Same sight Apple’s near equivalent, though mine is 2in1 one with touch, certainly more productive than any Apple unless paired with their (over priced) ipad

Add $1000 dollars since you’ll also need their overpriced notepad, mine is both, but lets even toss out that 1k, (just to be fair to Apple)

There's that storied “great resale for macbooks", you lost $1550!

I could give you TWO of mine and lose less than your “great value” Mac.

If you think that’s because that was the Intel not the latest M, you’d be wrong: 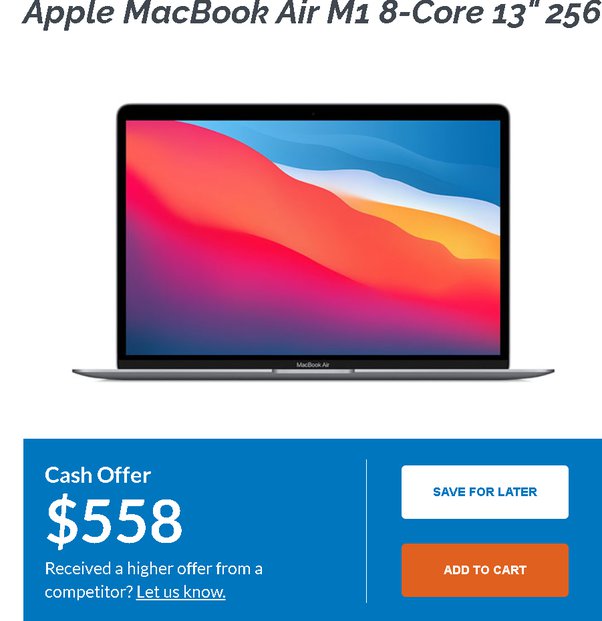 See that price?, see the competitor notice? Apple believes it's offering more than anyone else.

Let's try their best macbook pro, m1max, this is what they're offering as of this date

That's the current offer on Apple, few months ago cost you $2400, you lost no less than a grand in a couple of months!

The answer is no.

They ONLY "pay for themselves" when you're a mega buyer, Apple LOWERS your price so it's no more than a PC AND gives you enough free stuff.

Easy Method to Get Complete Right Click Back Windows 11

My goodness, MS is making it hard liking 11, I understand they want cleaner experience, yet for those of us wanting the complete menu without two clicks, the "clean look" is brutal.

I wouldn't mind at all if they gave us an option to order right click, but they don't, and I suppose you can through the registry, but why, just give the option.

Anyway, open powershill or cmd, I did this without administration elevation.

Copy this, paste into your prompt, restart explorer, you should have your right click back

Code:
Now you probably have to restart explorer, you don't have to do a full restart;

Open a file, that should bring explorer up to the top when you open task manager.

Highlight explorer, then in the bottom right it says restart, go ahead, it seems they've deprecated ending the explorer process in place is restart.

If you want the complete right click, do this before MS removes the reg function, your right click will be back.

Sadly, MSs removed the ability to ungroup taskbar icons through a reg hack and they might remove this ability too, so get this while you can

A few big mistakes from MS to work around;

Grouped icons is a security risk, I don't want all my activity on display when I hover, this is no acceptable, I've sent this issue in, but they seem determined removing ungroup entirely, they even disabled a registry fix, what's up with them this time around?

Type task manager from windows key, right click the icon, send it to the task bar.

Second work around, send it to the desktop, then right click, properties, create a shortcut so you have keyboard access to it.

Contributor and OSNN moderator points out,, right clicking on the start button also does the trick!

I sure hope MS abandons this minimalist approach, I'm fine with having "grouped icons" default, but not fine having no ungroup option.

I'm also not fine with no drag and drop to task bar, and I can't find "create desktop shortcut" in right click

The actual reason, (in spite of conspiracies speculated on the internet), is technical rather than marketing (or otherwise conspiratorial).

Even though Windows 10 proved remarkably stable, the few crashes were almost always driver related, Microsoft is now attempting an elimination/reduction of those issues too.

Microsoft's "Mode Based Execution Control" (MBEC) is an important performance feature allowing better isolation of kernel memory, it's included in Ryzen 2 and Intel gen 7, (Ryzen 1, Gen 6 don't have it)

Users wondered why some Ryzen CPUs aren't certified for 11 now you know the answer.

After that, some processors adapt strict driver implementation and prove it, some either don’t or haven’t proven it

This specification details the AMD processors that can be used with Windows 11 customer systems that include Windows products, including custom images.
docs.microsoft.com

Then there are other processors that didn’t implement best security design, giving rise to the Meltdown and Spectre Flaws.

Even though those CPUs were patched, I don’t think they’ll get certified even if they follow the driver stability principles, but possibly in the future, depending on Intel successfully pitching their case and or adding firmware to the chipset I suppose.

Once a CPU model completes requirements, there might be a process getting them certified.

CPU and 11 compatibilities aren't some random date parameter, nor "so you buy new PC's

If a CPU isn’t certified, it won’t “officially” run 11, but there are work arounds.

Microsoft is working with both AMD and Intel to iron out the floors in their processors so there's a chance some that aren't certified will eventually become.

Try Windows 11 Free in Browser Regardless Hardware, (including IOS users)

Pretty cool, web-based windows 11, it's not complete, but you can give the interface and things like 11 edge browser

Go there, , type any password you want into login when it loads, enjoy 11 interface and a few apps.

It's pretty snappy once loaded, you can get used to it's interface before actually installing

This is it running on my 10 box, I've got the 11 browser launched and windows key hit