This post will be a compilation of the fishing adventures I have had with Rick Bateman (from another forum) and my friend Randy who is now a permanent employee over in the middle east who has been lucky enough to fish Rick's Lakes both times he has been back home.
It all started last week Friday the 26th (Day after Christmas) when Rick told me he was not sure if Brad (another owner at the lakes) was going to be able to fish, so Rick asked if I would like to go fishing on Friday... not knowing for sure I could fish Saturday of course I said yes and we were off fishing...
It was an amazing day... all in all we caught right at 90 fish no big ones but many quality tournament sized fish in the 1-2 pound range. Rick even had a double on one cast: 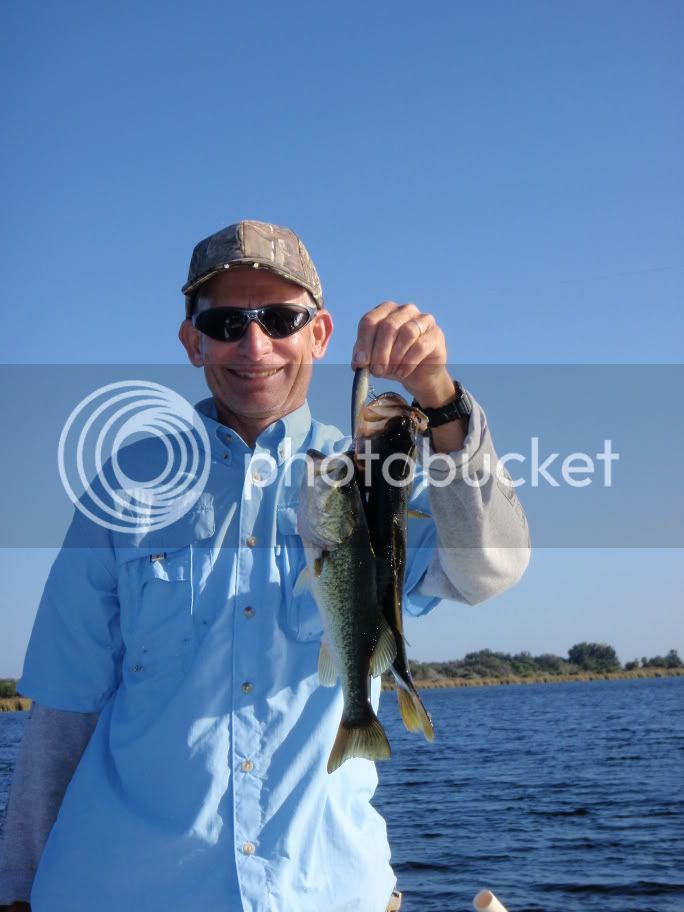 Then Rick told me Brad was able to join us Saturday so the two boat challenge was on!!
My friend Randy brought his boat, he fished with his friend Brian and Brad the owner of the other property...
Fishing was nothing like the day before... very slow... we switched lakes, and it was the right call... the fish are still very confused as to what they are supposed to be doing, they are in between the Spawn and Pre-spawn... still fattening up but not bunched up like they normally would be...

Rick and I looked for the deeper fish by trying to find them on depth transitions and utilizing deep diving baits and worms...
Rick caught the decent fish this day, but neither of us caught any monsters... I lost a nice fish carolina Rigging when the line snapped... we saw the fish jump several times attempting to throw the hook... I never would have believed a fish that deep would come to the surface to try and throw the hook.. smart fish...
I do not remember the exact weight but it was in the neighborhood of 13 pounds, not great on these lakes by any stretch of the imagination... Rick weighing our catch: 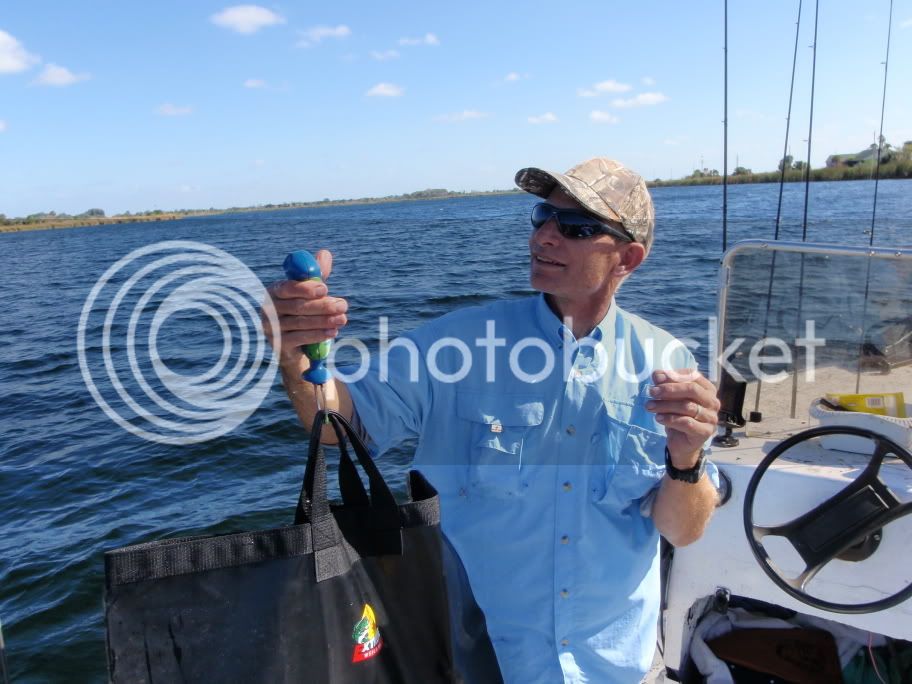 Rick and myself with our catch: 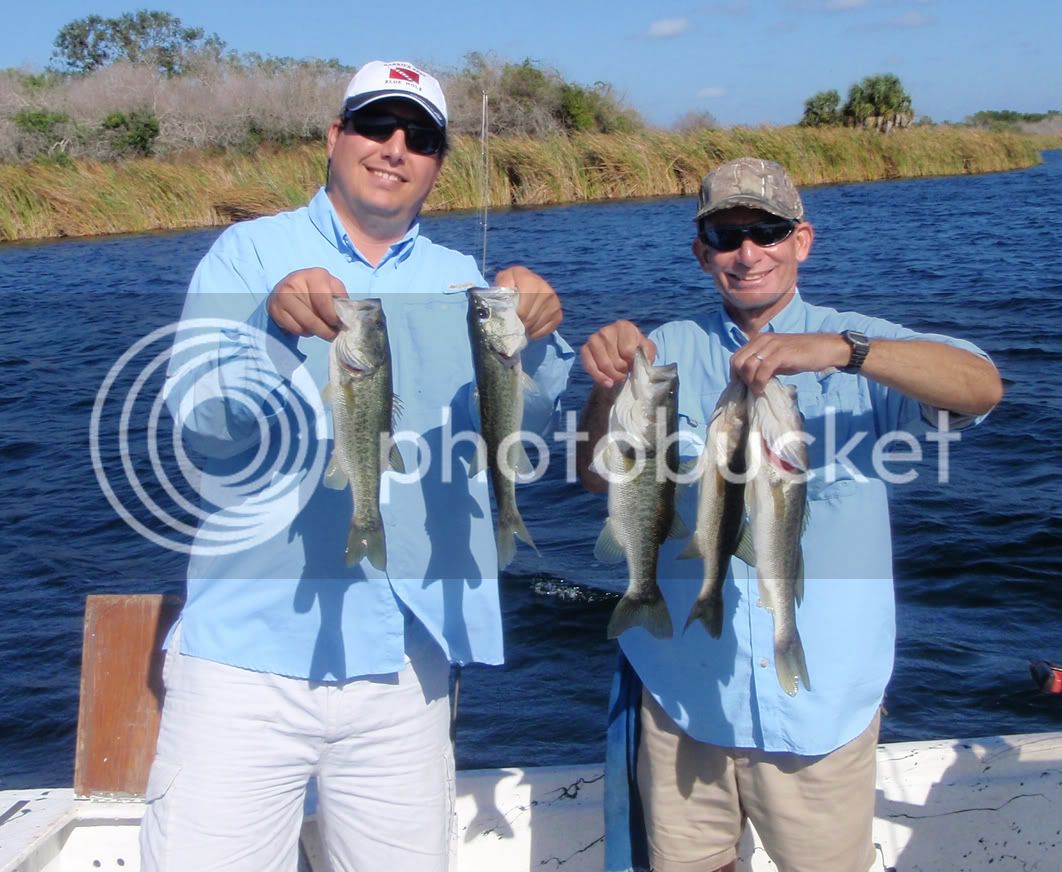 Ultimately it was not enough and BRIAN found the winning bait, a white worm in crystal clear water was the ticket. They didnt catch numbers but what they did catch was quality. They didnt even try to cull the fish they had because Big Momma almost jumped clear out of the boat the first time they opened the live well... This fish is BRIAN's personal best to date. The scale was jumping between 5.15 and 6.05 so it was clearly a 6 pound class fish: CONGRATS BRIAN!! 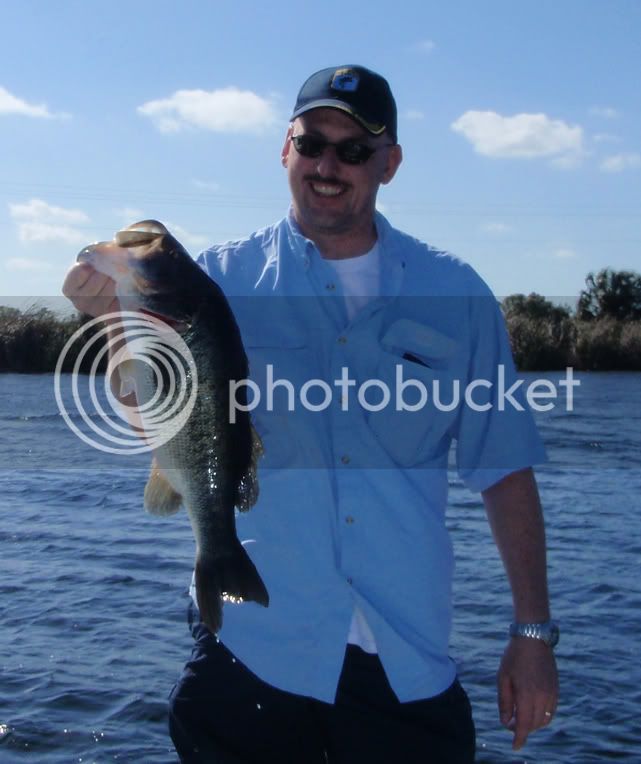 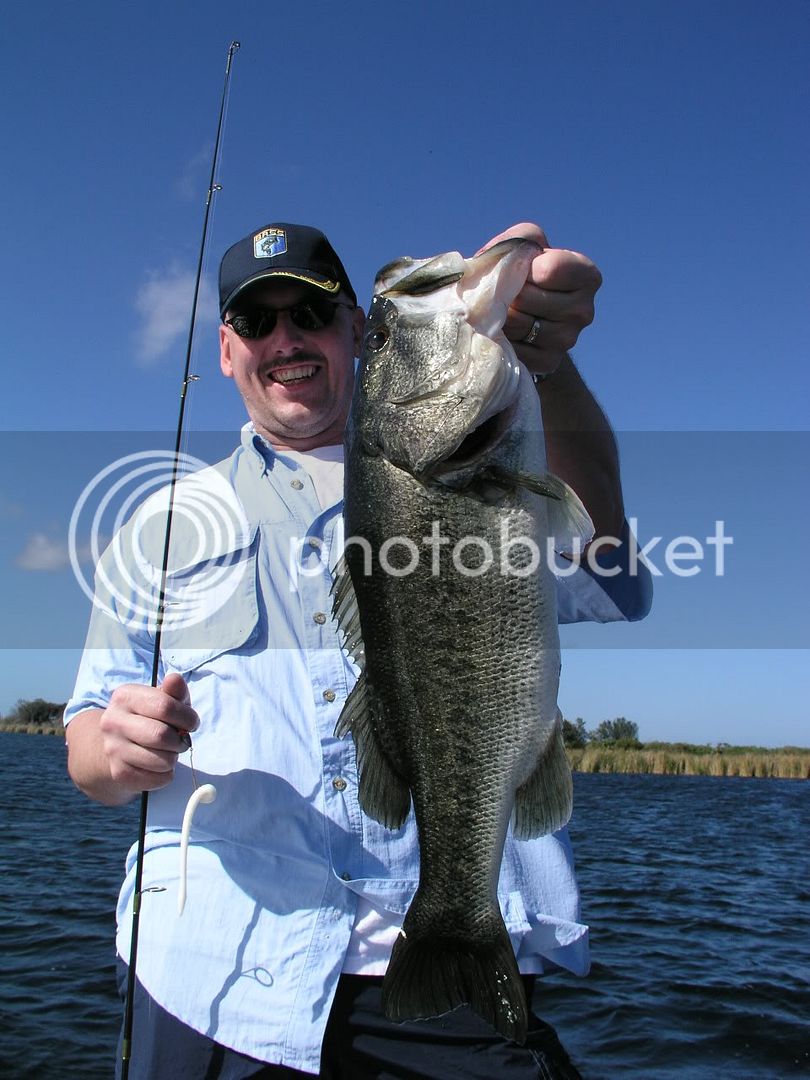 Here is the winning Team with their catch. They beat Team Bateman weight by nearly five pounds if memory serves me right, and remember that was WITHOUT culling because the big fish almost jumped out of the boat: 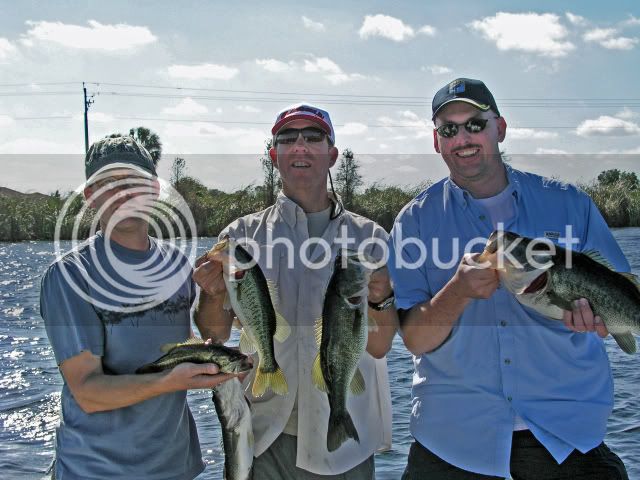 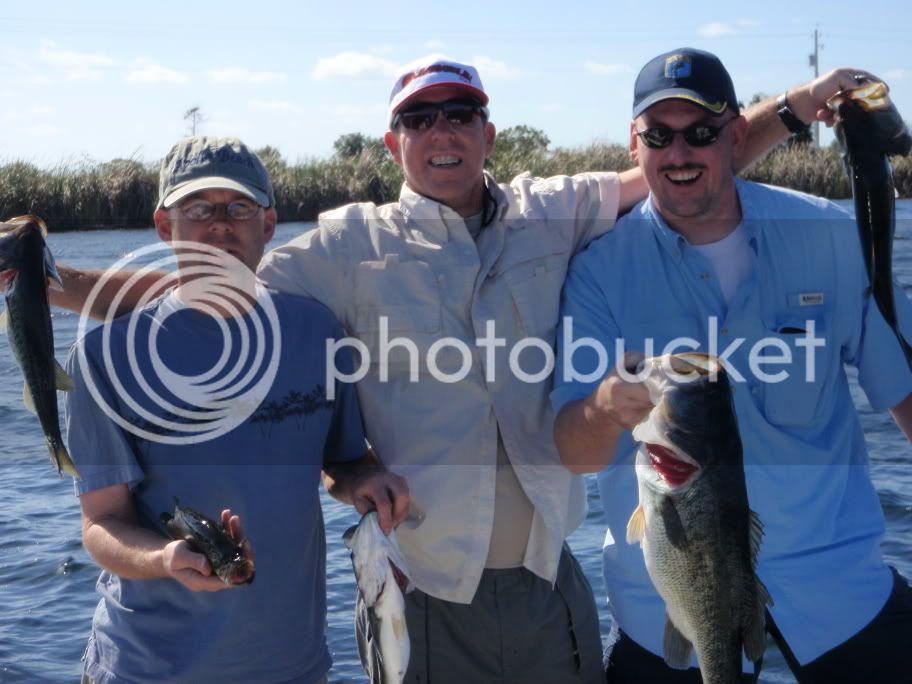 Rick, Randy and I had another great day of fishing, I need to get some missing pieces of information before posting... more to come soon keep your eyes peeled...

Thanks again Rick for inviting me to fish on your glorious fishing holes!!
Ricks reply:
"It was a great day. We ended up with 244 bass, all released unharmed, but a little wiser. here's some video of the day:"
http://s174.photobucket.com/albums/...view&current=MikeRandyandRickcatch244Bass.flv

From a fellow fisherman , great stuff. My fish of choice is walleye and pike.

drz01 said:
From a fellow fisherman , great stuff. My fish of choice is walleye and pike.
Click to expand...


We dont have either here in Florida...

We do have pikes close relative the Chain pickerel here, I have even caught one in the small lake behind my house...

OK the pics I promised... FINALLY 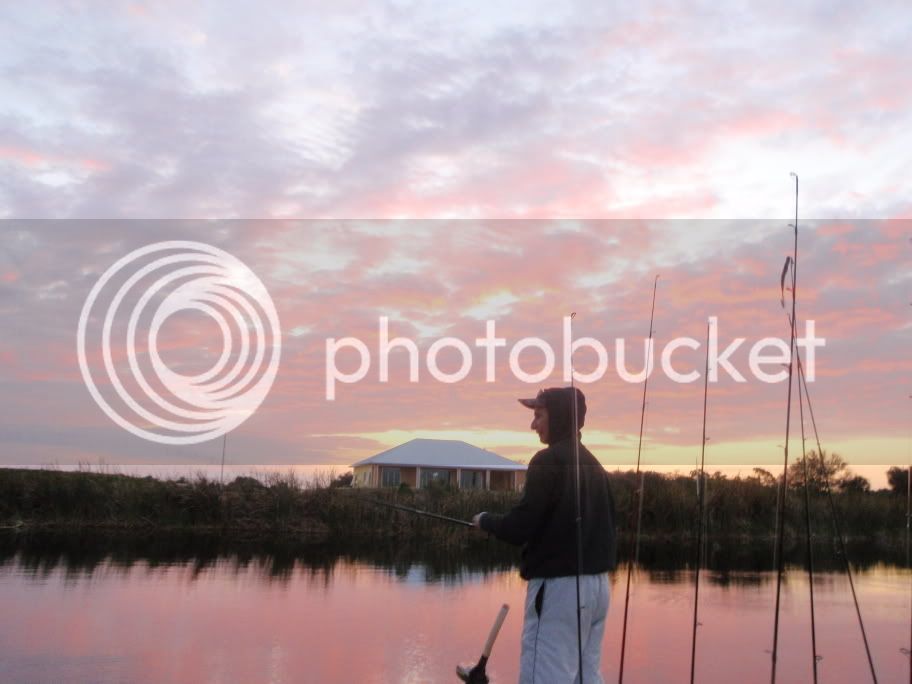 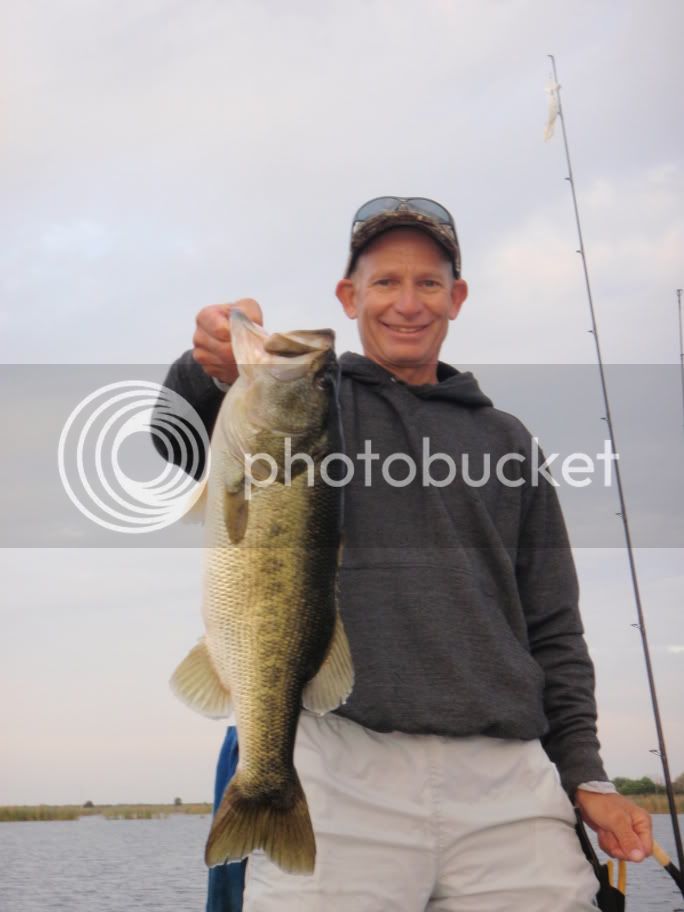 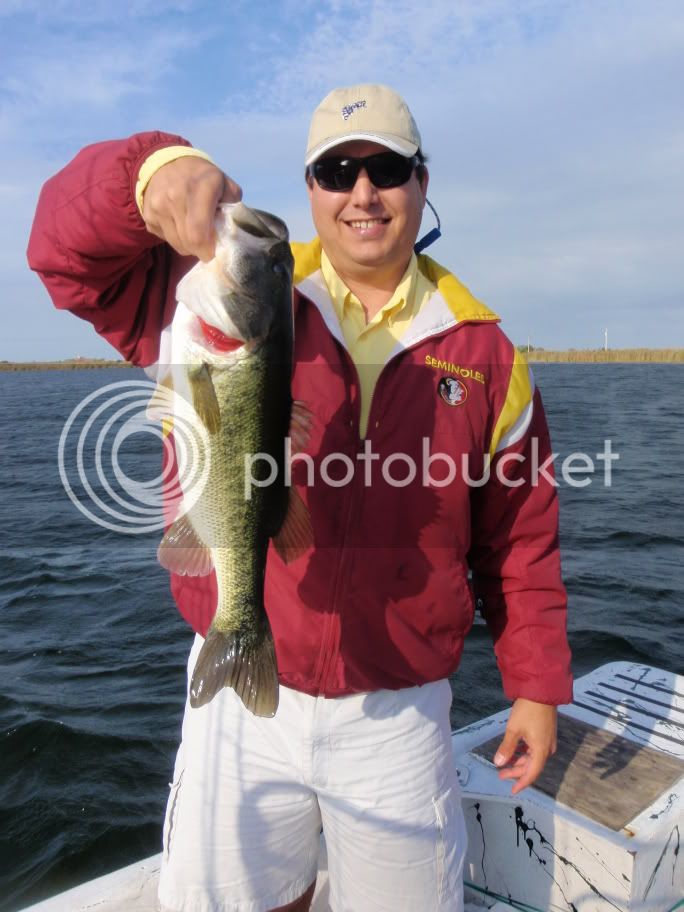 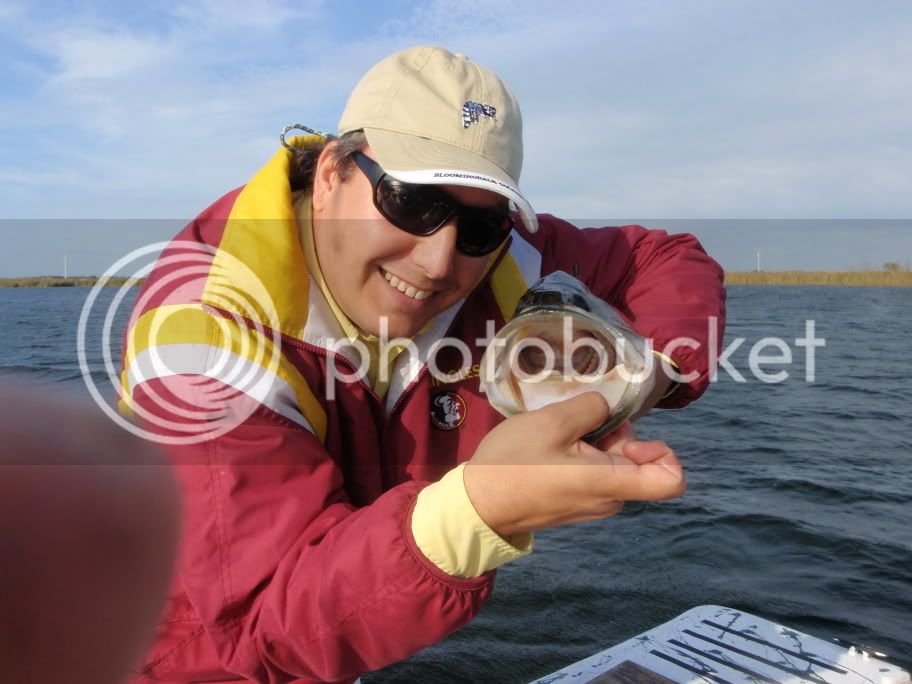 My friend Jim O'Connors bait which caught me many fish... I will have to order more, thanks for the custom JIM!!! Ghost Baits, look him up! 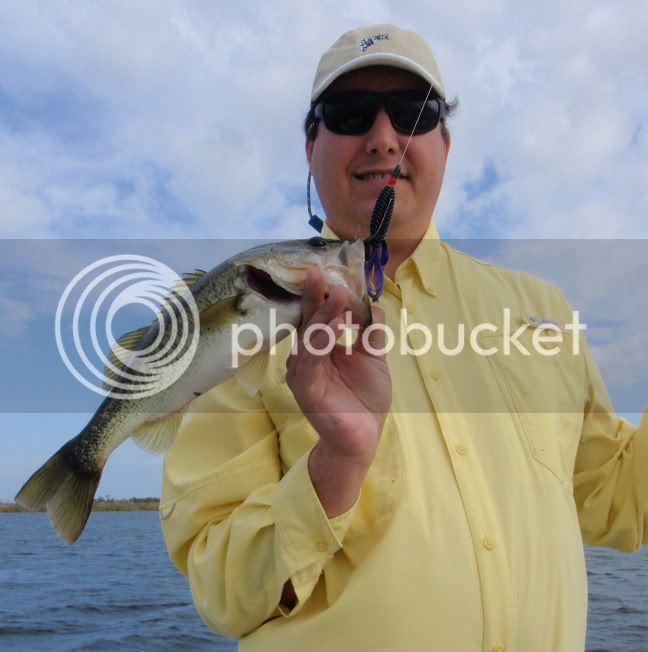 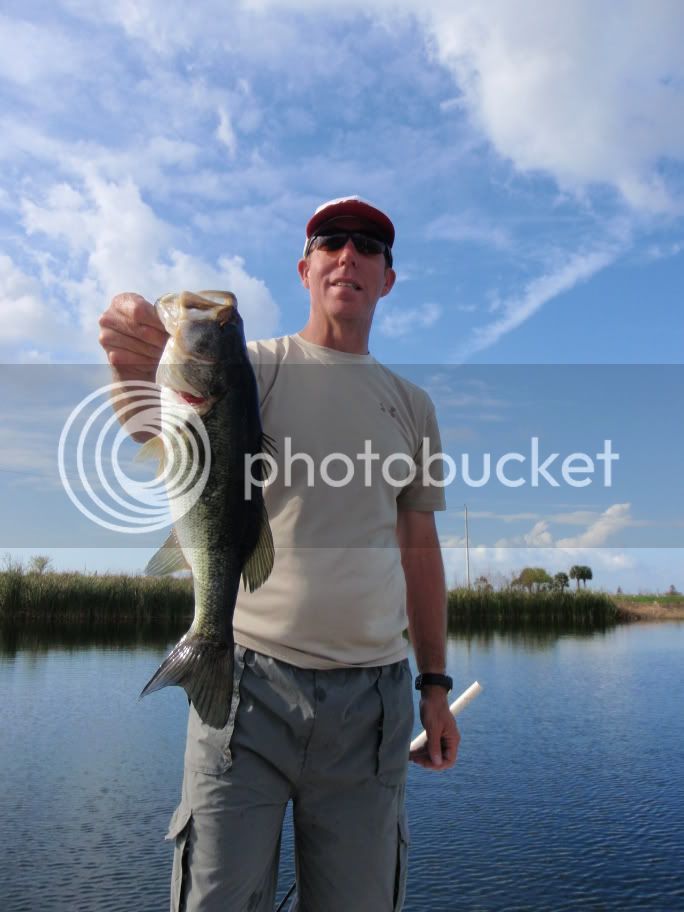 You still shooting with the Canon? noticed these were taken with an Olympus 1030 - which is probably better suited for taking on a boat

You still shooting with the Canon? noticed these were taken with an Olympus 1030 - which is probably better suited for taking on a boat
Click to expand...


Yep, but the Olympus was a gift with a float for this very purpose...

EDIT: Also how did you know they were taken with my Olympus?
Just curious...

mlakrid said:
EDIT: Also how did you know they were taken with my Olympus?
Click to expand...

don't even need to do that. Firefox has a plugin to view the Exif properites.
You must log in or register to reply here.