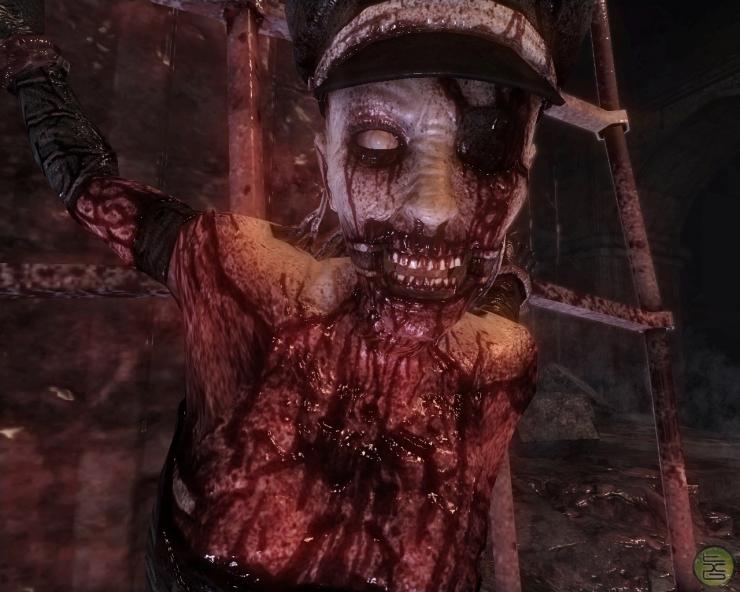 Going to get it for the Xbox when I get home. The DL looks decent enough

Motion blur in this game looks great, though. I think I'll leave it on. Check out this freaky CPU usage!

I dl it and checked it out, probably one of the shortest demo's I have ever played. It was fun, although I find the First Person squad thing a bit clumsy. Controls were odd and the game felt -disconnected-. However, it did look really nice and the I love the small little cinematic things thats that happen... and the God Of War style key pressing interactive moments. Not my style of game (I hate getting scared) but others will probably love it.

On the xbox, the game feels ok. Didn't feel scared but the controls are a little off.

Been looking forward to this game for quite some time now, even though most people I have spoken to have not even heard of it. Unfortunately the demo felt a little... meh.

As Sazar has said, the controls are off. I personally felt the overall animation was weird, though that could just be me, it also seemed though the enemies were rather stupid.

Hopefully any issues raised by releasing the demo may be fixed once, or even shortly after, the full game is released.

The controls feel fine to me; I think the slow windup before turning and lurching different directions was a developer nod toward realism (moving heavy guns and bodies takes a brief moment to accelerate). For me, it adds a some extra tension to every situation because you take a little punishment for lack of anticipation.

Physical momentum aside, though, turning the motion blur off or at least to "Low" helps it have a more traditional feel.

And yes, enemies are pretty stupid in the demo. Some use tactics--like covering from above while melee fights below--but they look scripted. Plus they climb over each other to get at their targets.
You must log in or register to reply here.

Steevo
Also Hi EP and people. I found this place again while looking through a oooollllllldddd backup. I have filled over 10TB and was looking at my collection of antiques. Any bids on the 500Mhz Win 95 fix?
Yesterday at 4:26 PM •••