I tried using Firefox a while ago (before IE7) and thought that it was pretty cool, but I got p1ssed off with having to revert to IE6 every now and then for websites which didn't work properly in FF so in the end I ditched FF. Then IE7 came out with a lot of the features I'd grown to like in FF so I kept using that. Anyway, I came across an interesting article, supposedly debunking the myths about FF:

I thought it was interesting but I'd quite like to know what some of you guys think about it. I remember FF loading much more quickly on my old PC at work which took ages to load IE6 but apparently that's a myth!

What do you guys think?

I have always used FF with the IE Tab Plugin. Never had any issues at any site.

moved to IE7 when it came out. some people out there still enjoy the microsoft style format... me included.

So much to say, so little will power to do so...

I think a myth about Firefox is that there are a lot of website incompatibilities. I have used it for years, and back in the pre-1.0 days, there were some websites out there, but I haven't come across any in a long while that aren't compatible. Any website worth its salt should be compatible by now. FF has a decent enough share of the market and has for a while.

I think its cool to have choices I never really got into FF myself but choices are important.​

Firefox is not a bad os. It is slower and consumes more memory than IE7, plus it looks like ass compared to IE7 in Vista, but, the extensions are the main reason I still use it.

If ie7 had more extensions built into the shell, I would use it without any issues.

I think that firefox myth site and its sources pretty much discredited that XiTi chart into oblivion shamus. Please read articles before linking skewed charts.

Sazar said:
Firefox is not a bad os.
Click to expand...

Correct! It's not an OS at all

That's what happens when I type while watching LOST

LordOfLA said:
I think that firefox myth site and its sources pretty much discredited that XiTi chart into oblivion shamus. Please read articles before linking skewed charts.
Click to expand...


Dont mean crap to me buddy one has an opinion and another has an opinion no one can say which is right or wrong , I can post whatever links I feel , dont think I need your permission either

If you can prove that the numbers are wrong then go ahead. What I am saying is simple myths or not people will choose what they want, so if the numbers are wrong prove it, then we can say that what you are saying is right , those numbers dont care about your myth site so it dont mean squat to the people that chose to use Firefox.
Last edited: 10 May 2007 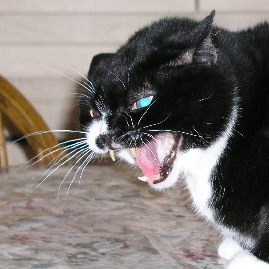 Shamus, had I intended to do anything but inform you that you are using proven, with reasonable doubt, incorrect numbers to justify your choice, I would have posted more.

However as you have no need to justify your choice, you are just continuing to spread myths much in the same way as most other firefox zealots do.

Neither I, nor OSNN, its members or affiliates care what you use on your PC, likewise I would expect you to care less what I or others choose to use on my/their pcs.

While no one is denying that firefox is a good browser, it is not the best browser. This can be proven by a quick google search or further technical study.

PC users have a choice of IE7, Firefox or Opera on Windows. Firefox, Opera and K-HTML based browsers on Linux/BSD and Mac users can choose between safari and firefox.

If however you feel the need to justify your choices to the world. It is in your favour to provide links to or post accurate data and statistics that prove with reasonable doubt genuine technical or statistical advantages and/or benefits. Using flawed data just makes you look like a fool that can't read or a zealot.

Additionaly having recently been entrusted as a moderator, part of my responsibility includes making sure posts that could influence others into using a product are either correct, or clearly alert the reader that the information is personal feeling or fact. As your post containing the statistics is flawed I would be well justified to edit and/or remove the post inline with that responsibility.

I dont care for Firefox it is not my choice , if you would read posts you would see I had all ready said that , if the numbers are wrong then they are wrong , so if thats the case seeing as you know better show us poor missinformed humans the real numbers.

I dont go around telling people to use Firefox , I never said it was the best anything , so again seems you read something in one of my posts wrong ... I just looked for some numbers after Saz had said that Firefox had a pretty good market share... simple really

My point was, that if you'd read the article linked you'd see those numbers discredited already. I have no need to post proof since it's provided for you.

If that's too hard to grasp you need a stronger coffee.

It's strange that the tide seems to have turned slightly against FF, probably in some way influenced by IE7. I'm sticking with IE7 for the foreseable future, the only thing that it's really lacking is a good ad-blocking plugin like Ad-block Plus.

Looking at one source the #'s seem spot on

That link is from the article in the first post as a souce to the numbers of users .... very strange seems that the numbers are very much the same


Despite the dip in Firefox's market share this quarter, the browser continues to rack up impressive numbers for an alternative product that was developed almost solely by Internet enthusiasts. Firefox is the number-one browser in countries such as Australia, Germany, and Italy, where it commands between 21.6 and 33.4 percent of the market. In the United States, Firefox is second to IE, with 14.88 percent of the Web browser market.

Looking at the US market the numbers posted stated 14.5% seems all sources say that number is correct

As good as those numbers are, they need to be taken with a grain of salt. XiTi performed its measurements on a weekend, which means it captured a disproportionate number of home users and comparatively few corporate desktops. Most large companies still use Internet Explorer, so using weekend surfing activities as a baseline for market share evaluations is going to miss out on a lot of IE use.

Not the choice made for them by the corporate IT department


LordOfLA said:
My point was, that if you'd read the article linked you'd see those numbers discredited already. I have no need to post proof since it's provided for you.

If that's too hard to grasp you need a stronger coffee.
Click to expand...

Shamus MacNoob said:
Maybe you need some of my Coffee huh ?
Click to expand...

I thought you were a man of the tea

Personally, I use both on a daily basis.
IE6 at work, IE7 for sites like Windows Live at home and for most of my browsing I use Firefox (NoScript & Adblock 2 extensions). If IE had a decent similar extentions/addons then I probably wouldn't use FireFox at all.
You must log in or register to reply here.