Well, I'm not really sure where to start! I recently received an absolutely battered Dell XPS M1710, which has taken me a few months to refurb it!!!

After adding the new screen it was finally ready to go, Installed XP, got my drivers sorted, but STILL there seems to be a general problem with the internet! I can connect fine, so I'm able to visit websites and post on here for example, but then when i try to install adobe flash player it wont let me :

So at first i thought this might of just been one certificate so i tried adding it manually... did not work.

I read a few forums and read up that apparently it could be to do with the clock, so i tried this screen shot below: 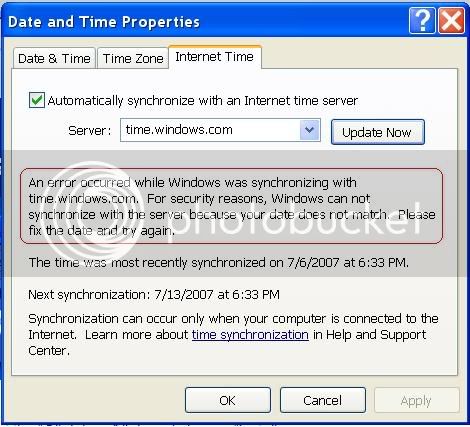 This got me thinking the problem might be linked, maybe a registry issue.

I then tried windows live messenger to see if that would work, surprisingly it did not:

BUT anyway firefox seemed to be working fine, so in the 3 days Ive had it up and running I just decided to bite the bullet and use that, but now firefox is failing aswell: 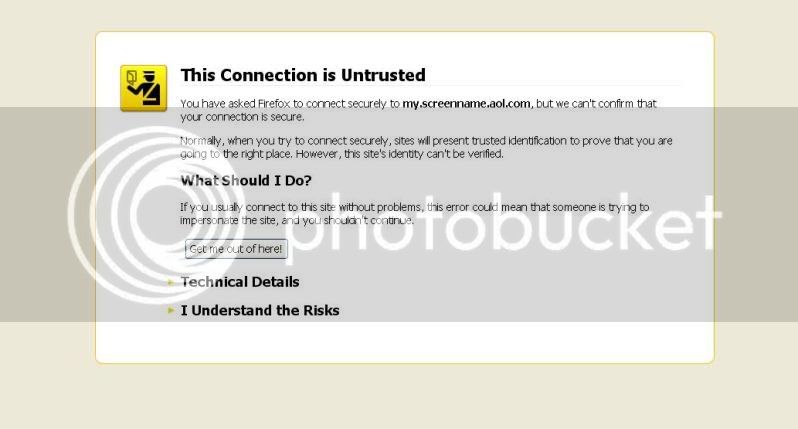 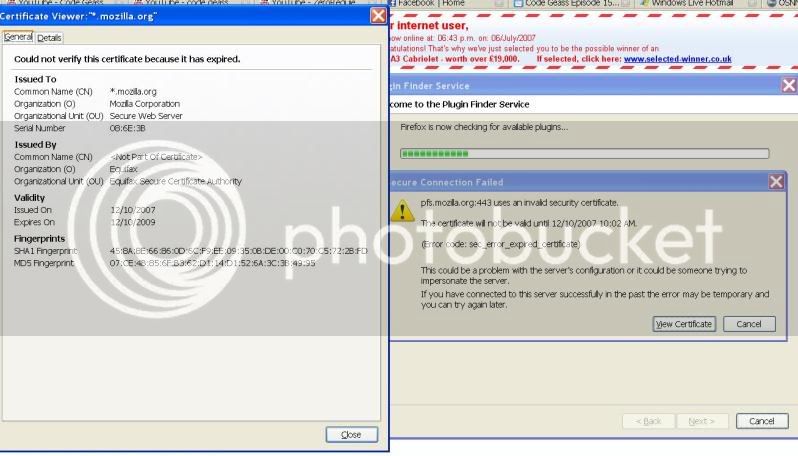 SO THERE you have it, I have no idea whats wrong with it, It screams to me missing registry's or just faulty XP,

I genuinely have no idea though, ANY HELP WOULD BE GREATLY APPRECIATED, I just want to use the laptop without any massive problems,

Your clock is wrong. On your screenshot it says it's 2007. You're two years out, manually change it to the correct date, then synchronize the time!
If it won't hold the date (i.e. keeps resetting), then the battery is going on the motherboard.
S

Aha well spotted, stupid for me not to spot, changed the date and unfortunately still no luck. It is holding the date however,

Did you reboot after correcting the clock then go to windows update?

Since your clock was wrong you would not have been getting updates related to certificates.
S

Ahh yea, after restarting and checking the updates its working fine, Cheers guys, feel like a bit of an idiot now though after its something so simple lol.

Dave.
You must log in or register to reply here.