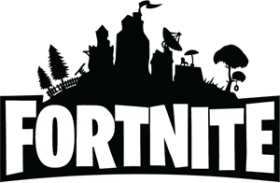 Quite a fast moving and bizarre day in the world of Fortnite which started with Epic enabling a new payment method in their latest update that allows users to pay for 20% cheaper microtransactions by bypassing the devices official app stores thus denying them their 30% cut of the profits.

Great news for users (who still seem to be paying 10% more than Epic would have received), bad news for Google and Apple who have responded by preventing new downloads and updates via their respective stores.

Tim Sweeney, the Epic CEO, has often weighed in his thoughts of gated stores, so frustrated with Steam that Epic of course launched their own Epic store, but that isn't something that is possible on Apple devices. I think ultimately he did have positive things to say about Microsoft's Windows 10 store although of course on a PC there are many places to get applications.


An Apple statement said:
Today, Epic Games took the unfortunate step of violating the App Store guidelines that are applied equally to every developer and designed to keep the store safe for our users. As a result their Fortnite app has been removed from the store. Epic enabled a feature in its app which was not reviewed or approved by Apple, and they did so with the express intent of violating the App Store guidelines regarding in-app payments that apply to every developer who sells digital goods or services.

Epic has had apps on the App Store for a decade, and have benefited from the App Store ecosystem - including its tools, testing, and distribution that Apple provides to all developers. Epic agreed to the App Store terms and guidelines freely and we’re glad they’ve built such a successful business on the App Store. The fact that their business interests now lead them to push for a special arrangement does not change the fact that these guidelines create a level playing field for all developers and make the store safe for all users. We will make every effort to work with Epic to resolve these violations so they can return Fortnite to the App Store.
Click to expand...

Clearly Epic was ready for the response from Apple, as soon as it was pulled they not only filed a lawsuit - https://cdn2.unrealengine.com/apple-complaint-734589783.pdf - but also uploaded a parody of Apple's own 1984 advert:


It wasn't long after that Google also removed Fortnite (as it gradually disappears), citing a violation of Play store policy but hoped there would be positive discussions.

With the EU Already in the midst of an antitrust investigation with Apple and the recent news around Microsoft's XCloud being locked out of the platform, things are likely to get very interesting!

willalwaysbewithyou · 40 · From Copenhagen, Denmark
This box is all about me.
Staff member Political Access
Of course now Google are getting sued, but less of an argument there I feel!
It's about time developers fought back on the Apple tax.

Apple can charge whatever they want, it is their business model after all.

Developers can get their products released privately, losing some Mac users, but not so much, those users can easily find more affordable platforms, the added cost of a alternative hardware can be offset paying lower for product.
You must log in or register to reply here.