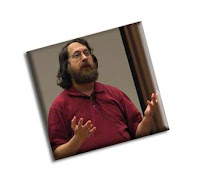 Going back to 1984, Richard M. Stallman (aka RMS) declared to build a completely free, portable operating system. He took the model of UNIX, which was the most popular system back then, and started writing pieces of the system. He decided to call it the GNU system, where GNU is 'GNU's Not UNIX' a recursive acronym to signify that you can expect everything that UNIX offers from the GNU system, but unlike UNIX, this is Free.

As he wrote and released software, more and more people started using and contributing to the pool of Free Software. Developers around the universities freely exchanged these software and started building upon them. By the end of the 80s, most of the system was written, expect for one essential part- -the kernel. 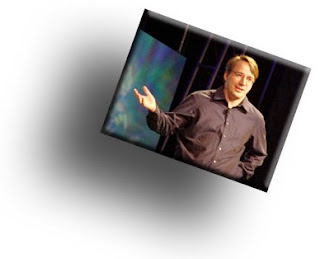 Meanwhile, Linus Torvalds, a graduate student at the University of Helsinki (in Finland), started writing a kernel for the Intel x86 CPU architecture. And by 1991, it was ready for release. This is how Linux the kernel came into being. Soon, Free Software users integrated the Linux kernel with the GNU system, and thus the GNU/ Linux system was born. (What we call 'Linux' nowadays is this GNU/Linux operating system. The combination of the two words signifies that it is the combination of the GNU system with the Linux kernel which gave us the first fully-free and complete operating system.)

Throughout the 90s, development continued, as more features were belng added and new software written. The development was fast-track because the code was available to anyone and everyone who was interested and it was catching up with the mainstream operating systems fast. What aided this accelerated development was the popularity of the World Wide Web.

The Apache Web sever, another Free Software application, had become the most popular Web server due to the relatively rich set of features it offered that were missing from proprietary Web server software that era. And because both GNU/Linux and Apache were Free, they combined well with each other. Thereby, as more and more enterprises knocked on the doors of the WWW, GNU/Linux’s penetration into the corporate world became deeper , thanks to the Apache Web server.