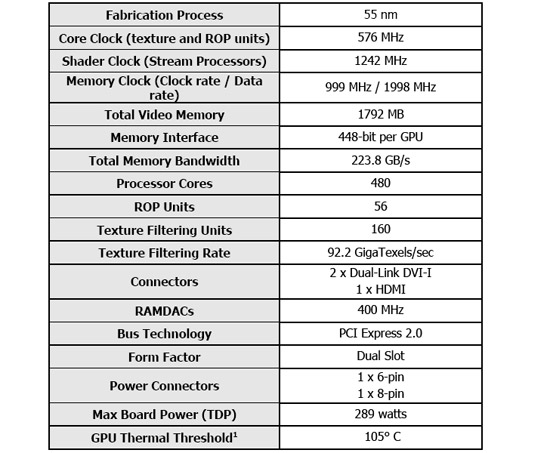 nvidia always had the advantage of more texture processing units than ati in recent years. 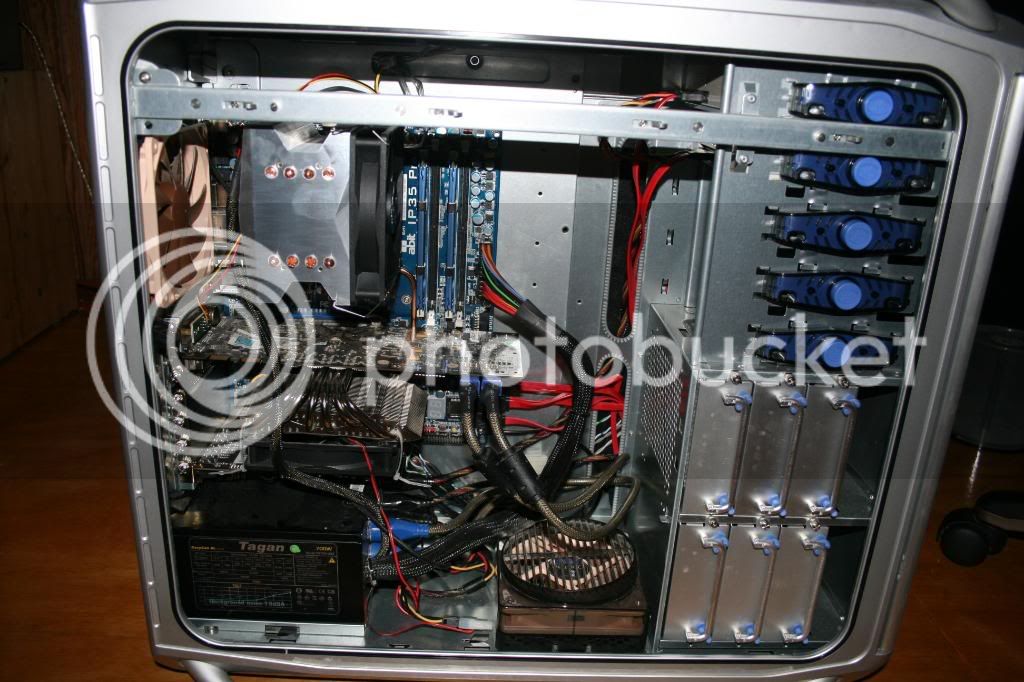 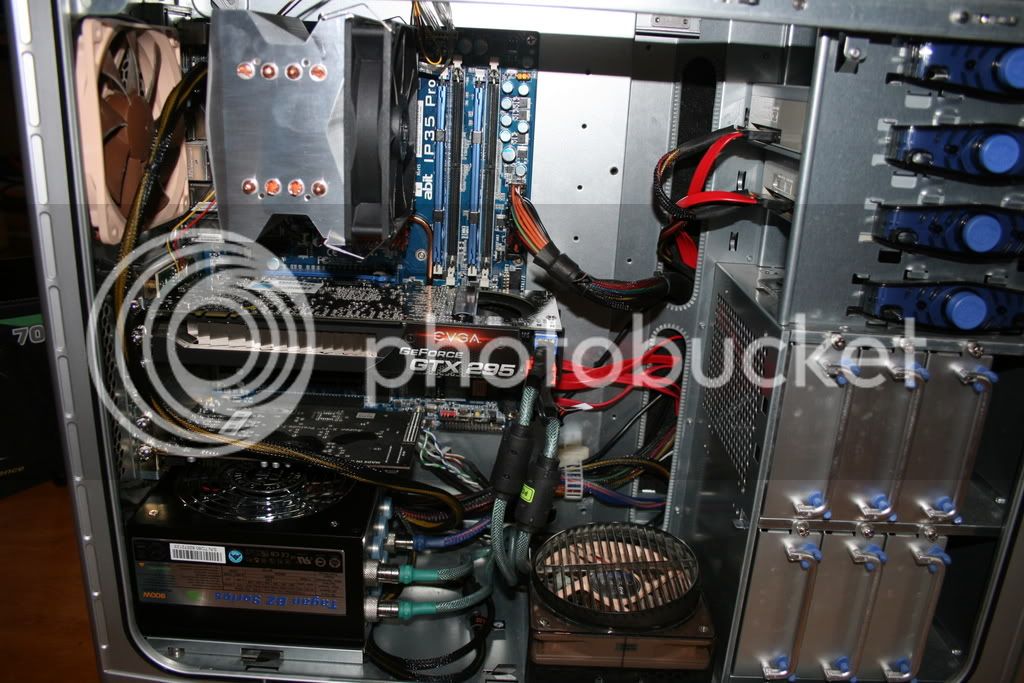 what case is that? I like the hard disk installation method

I have those case fans

CoolerMaster Cosmos 1000. Like the hard drives... like the quick and easy way to mount optical drives..... excellent airflow, EXTREMELY spacious... but wiring is a b*tch. 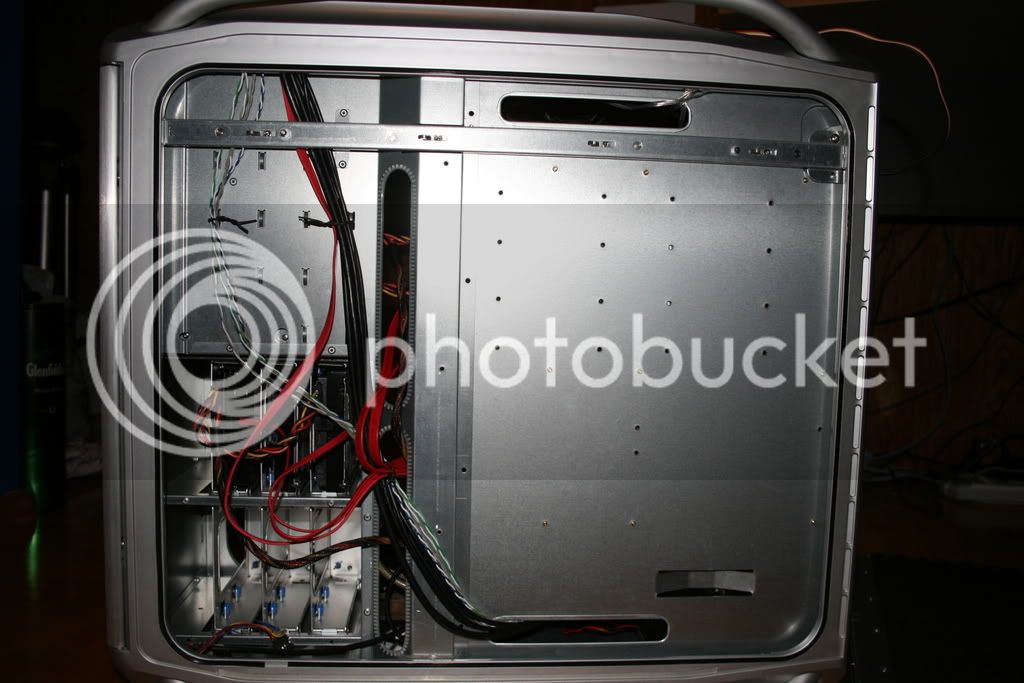 That bar you see going across the top, just below the wide hole at the top of the motherboard tray, is what holds the side panel on. metal hooks latch into a metal bar that goes clear across the side panel. Completely eliminates the chance of any remotely thick wire being passed through... making that top hole usefull for who knows what.... besides as you see in my pic, hiding fan wires. I've been thinking about taking an 8-pin 12v extension for the motherboard wire you see going over my GTX 295, cutting the wires, either soldering (which worries me at that location) or wire crimping them together with the wires between that metal bar and the motherboard tray, and hooking it up that way... but i dunno.

should try wiring up an antec p182 with tagan's modular psu...

wires already bent the left side panel (looking from the rear)

And i just noticed yet ANOTHER fatal flaw. Tried running that 8-pin motherboard wire a different way..... behind the bar around where you see the front panel connection wires coming down through. It fit nicely.... but the extension i had wasn't long enough to reach the socket on the motherboard then. Not only that.... but that other metal bit that kinda sticks out, the flat bit just to the right of the vertical wiring holes.... the very top part of that, above where the metal bar goes across... ALSO is a direct metal-to-metal contact with the side panel. So it basically has that ENTIRE wiring hole at the top sectioned off, only letting very, VERY small wires through, or requiring one to run them between that bar and the mobo tray itself.

and now i kinda want the backplate that eVGA has. looks kinda neat too, and would finish the look. found it kinda odd that they have the nice cover over the one card where they have the logo and such, and a bare PCB on the other side.

Oh... and in case you're wondering, my GTX 295 isn't the regular GTX 295. It's the one that was ORIGINALLY seen on Newegg.... the eVGA GTX 295+, which has a mild overclock compared to the vanilla version. Taken from Fudzilla:

EVGA GTX 295+ runs at 594MHz, which is an overlock of only 18MHz or 3%, but our tests show that any overclocking on these cards will add to the performance. Shaders are overclocked by 54MHz and the memory by 27MHz compared to the reference GTX 295.
Click to expand...

Kinda funny.... cause it's no longer on Newegg, and not even on eVGA's website anymore. And it was $509 when i bought it on Newegg think they day they were available.
Last edited: 23 Jan 2009

ED, I am so jealous right now !! I want that case and video card ..

One more note: why didn't you get the custom back plate with it ?
N

That is my case, that I will one day eventually buy lol

Bman said:
That is my case, that I will one day eventually buy lol
Click to expand...

Johnny said:
I am the same way, bman. I been eying that bad boy up a lot lately lol ...
Click to expand...

I am waiting for the new chipsets to come out before I buy.

If you get a EVGA 295 I would also grab the backplate that they are selling separately. It makes it look nicer.

For people who already have the latest ATI or NVIDIA offerings I would hold off any any newer purchase until Q4 of 2009 which should be when cards come out with DirectX 11 support unless that ends up being delayed. At that time we'll probably be seeing 40 nm fabrication from both ATI and NVIDIA for high-end cards with DirectX 11 support and far better than any of the current offerings. The 295 really isn't anything new in terms of technology and it's a chunk of change to lay down if you already have any of the new generation cards.

yeah, i hope to get a backplate, but i haven't found it anywhere. even eVGA's website says it's on backorder. kinda hoping i might be able to get a freebie because when i got my GTX 295, the part of the expansion slot plate that goes down between the motherboard tray and the back of the case to hold the card kinda level was bent basically towards the motherboard tray a fairly large amount. easy to bend back... but still kinda puzzling for being a brand spankin new card. then again... the "Large-foam-block-with-chunks-cut-out" packaging method probably wasn't the greatest choice on their part (which i let them know about, and is what i'm trying to use as a possible reason to get a free backplate )

Sazar: You mean how my computer that's about exactly the same as yours except with 4GB less memory and my Q9450 running at 3Ghz can run Crysis and Crysis: Warhead at Very High/Enthusiast details at 1920x1200 with 4xAA perfectly fine? And probably even still have a bit of headroom left for 8xAA too...
R

ElementalDragon said:
yeah, i hope to get a backplate, but i haven't found it anywhere. even eVGA's website says it's on backorder. kinda hoping i might be able to get a freebie because when i got my GTX 295, the part of the expansion slot plate that goes down between the motherboard tray and the back of the case to hold the card kinda level was bent basically towards the motherboard tray a fairly large amount. easy to bend back... but still kinda puzzling for being a brand spankin new card. then again... the "Large-foam-block-with-chunks-cut-out" packaging method probably wasn't the greatest choice on their part (which i let them know about, and is what i'm trying to use as a possible reason to get a free backplate )
Click to expand...

I'm always amazed these days at the quality or lack of quality in which high-priced parts can come. I have an EVGA NVIDIA GeForce 8800 GT that came in thin snap plastic in the box. The box worked but I was surprised at the lack of real protection. I received my first ATI Radeon HD 4870 which was from HIS and the packaging was also far from what I would consider great. I returned that card due to a defective fan. My second ATI Radeon HD 4870 was from Gigabyte and the card was packaged much more nicely than the HIS card.

I'm somewhat amazed to hear that that part of the card could just easily have been bent. That's definitely just wrong. I'd say a free backplate rather than you RMA'ing the card for a replacement would work. On the other hand if that part is bent it makes you wonder what else the card went through in terms of handling and if it will be reliable down the road.

well... like i said... it was the packaging that made it quite easy for the expansion bracket to bend. 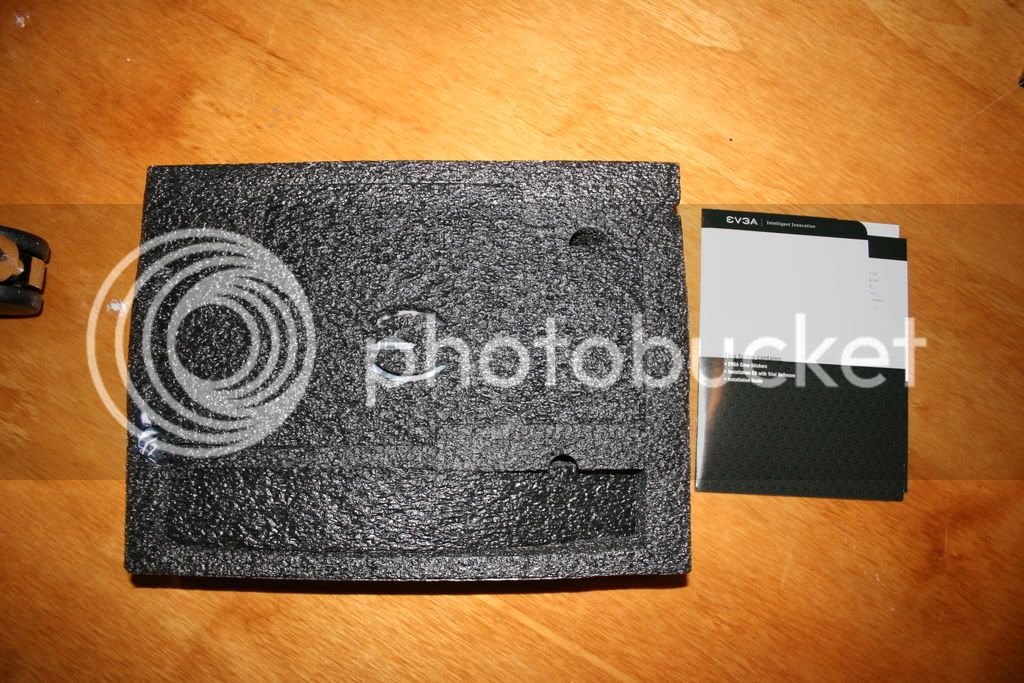 Seriously hope i get a free backplate though. that'd freakin rock. Didn't hear back from anyone at eVGA yet.


eVGA support rep. said:
Ryan, We have created 2 version of this graphics card, 1 with the back plate and 1 without. The 2 versions are a cost difference as to provide that option to the consumer. If you did not purchase one with that option, that is why we provide the option to purchase it separately. Unfortunately we can not send one for free. Regards, EVGA
Click to expand...


Sent him a reply saying that if by "2 versions" he means the standard GTX 295, and the GTX 295+, that i bought the GTX 295+ for $509 instead of the standard GTX 295's $499 price and recieved no backplate with my card, unless he means there's yet ANOTHER version of the card that's coming out that wasn't mentioned yet. Would be nice if they send me a backplate should it be the case that the GTX 295+ is supposed to come with one.

I thought the back plate was an add on item and not included with it. That is the idea I got from the evga site anyhow. If what you are saying makes any sense, then maybe they are coming out with one with the back plate included ?

well yeah... but he said they have two versions of the GTX 295. That would already lead me to believe that the two versions he's talking about are the GTX 295, and the GTX 295+ (GTX 295 Plus) that i have.... which is a bit more expensive. kinda would have expected him to mention something about there being yet another version that'd have the backplate.
You must log in or register to reply here.